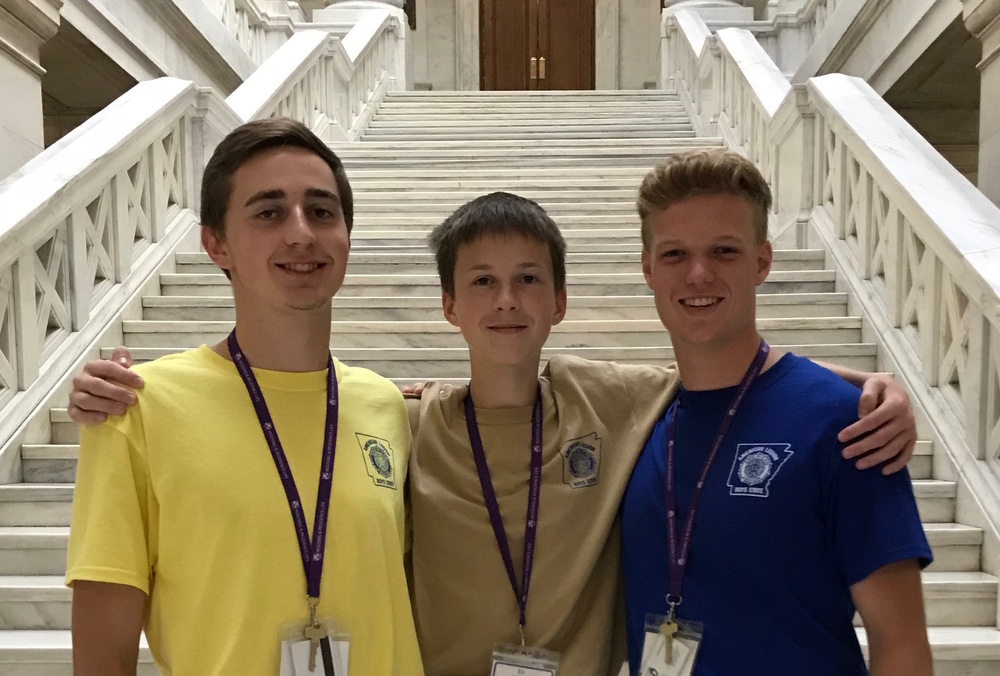 Upon arrival at a Boys State, each participant is assigned a mock political party, city, and county. Throughout the week, delegates administrate this mock government as if it were the real government. Every phase of the program includes practical instruction on the duties and responsibilities both of a citizen and of public officials. Citizens of a “Boys State” are instructed in the duties of the various public offices. After they learn the function of each office, its powers and limitations, they function in that role throughout the remaining week.

The “citizens” of each “Boys State” city and county nominate members of their individual parties to be candidates for the various city and county offices. Elections are held with the citizens conducting their own registration of voters and the actual balloting. Election boards serve at city, county and state elections, according to the laws of each state.

By week’s end “Boys State” has created their own state government including their own governor and staff of state officials, named appointive officers, established the state Supreme Court and other courts, and organized the legislature and all other divisions of government.